School romance and a cassette player in the newest video from St. Petersburg’s dream pop trio 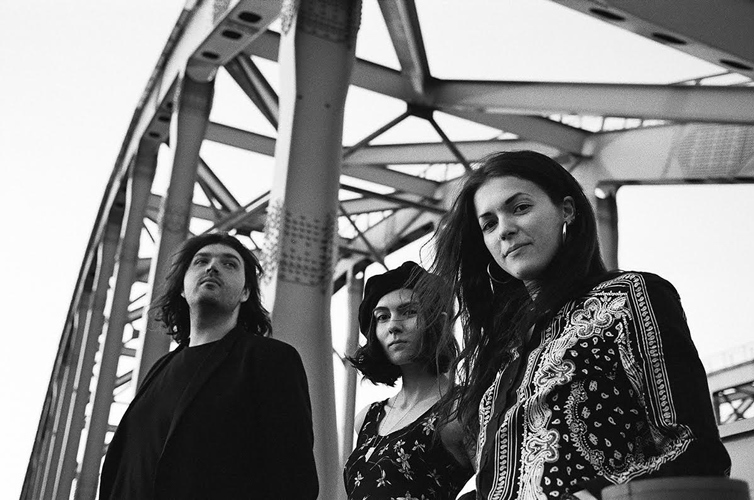 Our long time friends, St. Petersburg trip Chkbns, which consists of sisters Anelia (guitar and vocals) and Emilia (drums) and their friend Slava (synth), have thrown out the vowels from their name (Cheekbones), formalized a relationship with label Flowers Blossom in Space and toured Asia, having visited Seoul, Hong Kong, Hanoi, Guangzhou, Shanghai, and Peking. But their music, thank God, hasn’t changed much: still the same brittle and fragile sound, youthful energy, teenage romantics, and foggy dreams in the new video, Bodyless, in which we meet a sudden visitor from the past – a cassette player.

One of the video’s main characters is the cassette player, Romantika. Is it a craze for cassette releases, childhood nostalgia, or something else?

Sympathy for the awkward, rather not the smooth. And a tribute to romanticism.

What kind of music players did you have as a kid and what music did you listen to?

Slava: Panasonic player. I listened to collect cassettes that I made myself or from my dad’s reels. Pink Floyd, “Space Opera” Didier Marouani, Kraftwerk, Cerrone, Yello, Rockets, Rammstein, the Matrix soundtrack, and there was a separate cassette with chip tune music recordings; I had no idea what to call it at that time, but I would write game music on the recorder with a console. It was heavenly.

Emilia: I remember how badly I wanted to listen to music, walking down the street, and how at the time it seemed impossible! Soon after I was given a Sony cassette player as a gift. I liked music by Би-2 at the time so after school I would hang out at music tents in search of their new collections. We had a bunch of other tapes at home cause we had a cool black two-cassette player. For example, Nazareth or Black Sabbath cassettes, or my dad’s Bob Marley, Nirvana, NIN or my sister’s Marilyn Manson. For me, my player saw the most from Nirvana or NIN out of all those. I didn’t get into Nazareth at all, even still :).

Anelia: I never had a cassette or CD player. The first player I got was in 11th grade when flash players became available to the public. It had 128 mb of memory, and I had to compress songs in a program called Soundforge. I think on it I had Nirvana, Radiohead, Marilyn Manson, Placebo, Gorillaz, Cranberries, and songs from the radio that I’d look for on the internet going by whatever words I heard…my first ones, put together on Fruity Loops, demos.

What brought you to Asia?

We were touring Asia as part of a showcase for Flowers Blossom in Space label, together with the guys from I Am Waiting For You Last Summer. It was awesome, we hope to do it again soon, yea.

What are your next creative plans?

We’ll be sharing some recorded songs along with Bodyless on February 21st. Right now we are working on new songs that we are set to record in the summer. In the spring we’ll perform in St. Petersburg and do a small Russian tour.